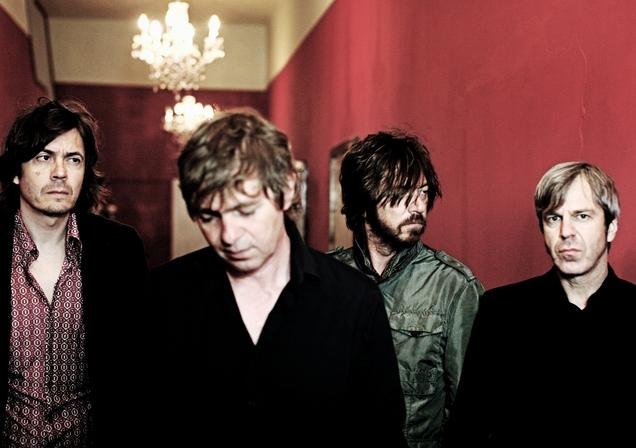 Fools Garden is a German pop rock band that was founded by Peter Freudenthaler and Volker Hinkel in 1991. They perform songs only in English. When they decided to start a band Fool’s Garden, they had no idea how popular they will be in 1996, thanks to the song “Lemon Tree”. This hit (it has more than 45 cover versions!) won the hearts of listeners around the world and won the main music charts. And today musicians play this funny song at the request of fans almost at every concert.

In three months the musicians recorded a promotional album Fool’s Garden, which was not noticed in Germany, it was dedicated to John Lennon. The official debut album, Once in a Blue Moon, was released in 1993. These two albums were the only ones in the band’s history, where most of the songs were performed by Volker Hinkel. Then, in 1994, the musicians released “Wild Days” as the first single from the new album. It became commercially successful and was chosen for the advertising video clip for the department stores C & A. In 1995, Fools Garden achieved were very successful due to the release of the album Dish of the Day and the single “Lemon Tree”. Freudenthaler composed it when he waited for his girlfriend. Peter Freudenthaler wrote it when he was waiting for his girlfriend. The song became an instant hit, and a lot of cover versions of this song were recorded. “Lemon Tree” was released in more than 40 countries around the world and brought worldwide fame to the musicians and more than a dozen different awards (including ECHO, Goldene Stimmgabel, Goldene Europa, Bambi and R.SH Gold). Fools Garden’s songs have been played on radio stations in cities such as Munich, Hamburg, Dublin, San Diego, Jakarta, Oakland and Buenos Aires. The rebirth of the band took place in 2003. Peter and Volker invited new musicians to their band: guitarist Gabriel Holz, bassist Dirk Blümlein and drummer Claus Müller. Unfortunately, Gabriel Holtz left the band a little while ago, but the rest of the members are still in the band. Album 25 miles to Kissimmee was released on November 17, 2003. Less than two years later, Fools Garden released their new album – Ready For The Real Life (in Germany the album was represented on 25 April 2005). With the new band members the musicians recorded the album Ready for the Real Life, which was released in 2005. The band toured a lot from 2005 to 2007. The release of studio albums has stopped for seven years. The new studio album Who Is Jo King? was released only in September of 2012.

Why do we like Fools Garden? For their optimism, kindness and friendliness! You have to admit, that that not every artist can find the strength to go out into the hall and hang out with fans after the concert. Fools Garden always do it!